Here is the first incredible object for our ‘Turn out your Pockets/Kindle the Flame’ online community exhibition.

If you have a family story to share, please email [email protected]

‘Bransby Griffiths (1889-1972), my husband’s grandfather, was a Conscientious Objector in World War I. He lived in Briton Ferry, where the number of conscientious objectors amongst those eligible for conscription was one of the highest in the country.

His opposition to the War was based on his socialist beliefs. He was a member of the Independent Labour Party and the No Conscription Fellowship and when he refused to join up, policemen arrived at his home to arrest him. He was court-martialled and subsequently imprisoned in Wormwood Scrubs and Wandsworth.

While in prison, he collected the names and writings of his fellow ‘conchies’ in this autograph book which we still have along with the white feather he was given by someone who considered his actions those of a coward. He ended the war by walking home to Briton Ferry from Penderyn Labour Camp’.
–Pauline Griffiths 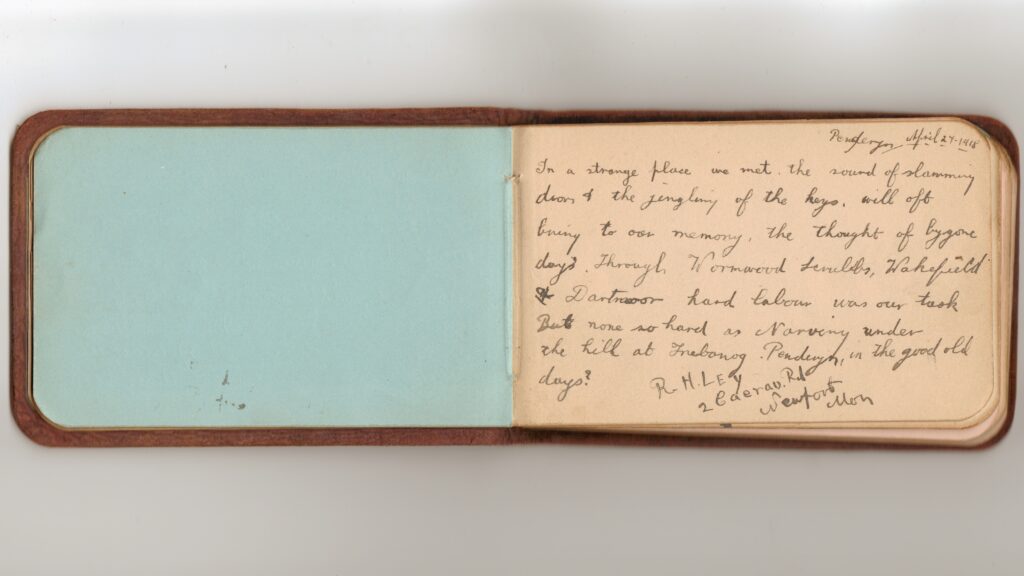